Green Week is the European Commission’s annual initiative to draw attention to the importance of the environment. The Week was originally held in Brussels but for some years now, it has been held in different EU States with parallel initiatives organised by the EU Member States themselves. This year it will run from 31 May to 13 June and will per force take place virtually, with meetings run through electronic platforms.

This year, the 4 per 1000 Initiative aims to use the EU’s Green Week to invite the partners to the virtual “4 per 1000” Fair where they will have the opportunity to present their work at a short event. The “virtual fair stand” has specific rules:

In addition, if you like, you can hold your presentation more than once on different dates.

Anyone who has been paying attention to the debate on soil conservation will have noticed that in recent times there have been a succession of online events whose participants, especially researchers, almost always end up speaking to … one another.

We have been following the CIRCASA research project for a while and we followed with pleasure and interest the online conference on 10 February 2021 that marked the end of their European research project. The various contributions made clear the enormous amount of work that has been done collecting and processing data on organic carbon, and its importance for agricultural land and sequestration in the soil.

The novelty lies in the launch of the International Research Consortium (IRC) on agricultural soil carbon sequestration.

A better  structuring of  international  research  cooperation also requires the development of  an  implementation  plan  for  the  agreed priorities  through  institutional  and investment arrangements.

An International Research Consortium (IRC) includes research funders and programme   owners   from   several   countries,   as   well   as   international organisations   and   the representation of foundations and companies.

The IRC should deliver measurable advancements through the alignment of both public and privately funded research programmes around the world.

To that end, CIRCASA initiated a formal dialogue with each potential partner in order to identify the key people to contact in each country.

CIRCASA is in direct contact with the 4per1000 Initiative, and the two have a common aim. We wonder, however, whether creating this “internal” channel will not lead to duplication between the aims of the Initiative and those of the IRC. Only time will tell.

You can find the most recent General Meeting held on 9 and 10 December last year, the recordings of the regional meetings and a few short videos about the Initiative and the need to store carbon in the soil.

Of the latter we recommend watching the video produced in September 2020 for “The first international Initiative on Soils for Food Security and Climate“ which in a little over three minutes shows the challenge being faced by the Initiative through very clear still and moving images.

The 4×1000 Initiative’s online General Meeting held on 9 and 10 December 2020 confirmed the Initiative’s commitments and activities for 2021. Details are available on the website .

Recordings of the entire 2 days proceedings can be found on YouTube:

We would like to draw your attention here to the presentation of “Kiss the Ground – movie”, which was used as the introduction to stimulate debate on the first day, presented by Finian Makepeace of Kiss the Ground https://kisstheground.com/. The novel aspect of their activities lies in the use of actors, singers and professional performers to spread information about climate change and solutions based on the soil simply and effectively.

A video in Italian with English subtitles – presented by the actor Valentina Ruggeri – illustrates far better than words the message Kiss the Ground is spreading, including through the film, which is now available on Netflix. The messages and aims are, we should stress, the same as those of the 4×1000 Initiative.

Necessity is the mother of invention. Because of Covid the upcoming AGM of the 4×1000 Initiative will be held online. The event run over 2 days: on 9 December all the partners met between 9:00 and 12:00, while Consortium Members met on 10 December between 12:00 and 15:00. The first day, reserved for the 5th partners’ Forum, was attended by prominent figures, members and partners from the Consortium. This part was open to all, including non-partners and observers.

The session on 10 December, the 6th Consortium meeting, was reserved only to Members, who took decisions relating to the continuation of the Initiative’s activities in 2021.

In the next Newsletters, further details on the main outcomes of the meetings will be made available.

The  4×1000 Initiative has produced its strategic plan (approved in June 2020) setting out the path to be taken by members between now and 2050.

The general aims, described as “ambitions” are:

The long-term goals that define the accomplishment of the “Ambition” are A- Inception & Conceptualization, B- Implementation, C- Promotion, D- Collaboration, and E- Follow up, F- Cross cutting Actions. Each Goal is concretized through several objectives, each of which is defined by its number, description, baseline 2020 (present status), 2030, and 2050 targets.

Even if we agree it is crucial to have a scheme of reference setting out the actions to be undertaken, we think it is a mistake to set a date of 2050 for achieving aims relating to the soil. We recognise that the dates set out in the Strategic Plan are for the consolidation and strengthening of the Initiative’s oversight structures. However, the urgency of the need to protect the soil is beyond discussion,and no one can attempt to deny it. A date of 2050 allows some, especially decision-makers, to have a broad horizon that does not fit with the immediate need to act quickly.

One of the partners of the 4per1000 Initiative is Biovision, a Swiss non-profit organisation engaged in agroecology especially in Africa with the aim of alleviating poverty and increasing food security. 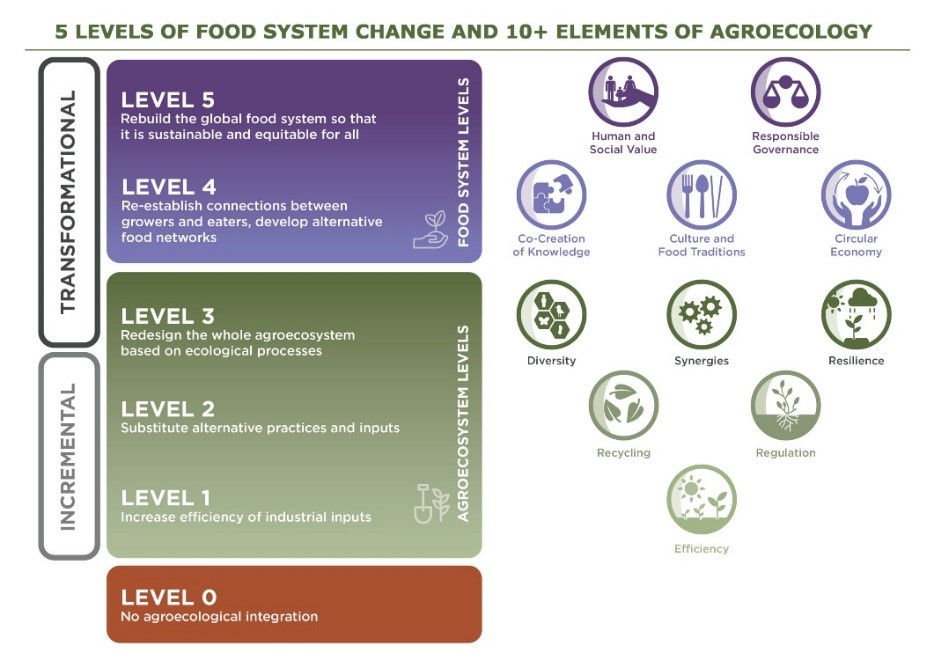 For example, the project “A4A – Advocacy for Agroecology” aims to upscale scientific and applied research about the potential of agroecology by analysing current lock-ins and leverages. The evidence created is subsequently used for consulting with key decision-makers from the donor and research communities. In a second workstream, the A4A project is addressing the role of agroecology as a solution to adapt and mitigate climate change. END_OF_DOCUMENT_TOKEN_TO_BE_REPLACED

When those working for voluntary associations get together and talk about our financial situation, we often refer to the saying: “Please don’t make jokes on my account, put some money into it instead.“

The phrase came to our minds when we saw the programme for the meeting that will be held on 30 March 2020 at the headquarters of the World Bank in Washington. Organized by the WB itself along with CGIAR, CCAFS, The Nature Conservancy and above all the 4 per 1000 Initiative, the conference has a challenging title: “Enhancing investment in soil health and carbon storage: Frontiers for linking finance and carbon accounting“. END_OF_DOCUMENT_TOKEN_TO_BE_REPLACED